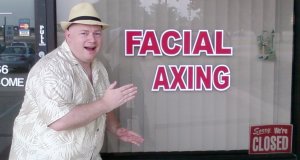 A couple of nights ago, (or as it last night, such a long week) I found myself with the mouse hovering over “Buy Now” for a customized 24in iMac for home… $2,500. After a long hard think, I finally decided no: not yet. I updated my Facebook(sorry, if I don’t know you, I won’t accept) status to the tune of “is resisting the urge to buy a Mac”. I’ve had nearly a third of my Facebook friends message/write/pm/email me saying “go on”! The strange thing is, they are mostly the people I would never have dreamed would be Mac users.

We all know that Mac users are the ex-smokers at the health club and the Mac itself sucks, a throwback to the days before Windows 3.

Well, the Mac definitely doesn’t seem to be a barrier to the computer-hopeless, and many of it’s users seem to be some perversely fierce in their Apple-devotion while professing to be “sticking it the man” – i.e. Mr Gates.

These converts, though, aren’t about Apple. They haven’t been won over by the Mac. Mac OS X is the ticket, it seems.

Many of these folks have put a lot of time in with Unix operating systems and they expect sophistication and control under the hood that makes most Windows power users look like Windows users think of a Mac user.

I’ll be cursing the Mac for things it does “wrong” (i.e. not the Windows way) for a while to come, but then I remember I’m thinking like a Windows user and there is a perfectly simple Mac way to do it.

The thing likely to take me longest to get used to, and that I am never going to agree with, is the decision to use our “Alt” key (their “Command” key) rather than “Ctrl” for so many functions. To me, shift, ctrl, alt are a logical progression. Your pinkie hovers near shift so frequent control functions – well hell, that says it all: ConTRoL functions. Ctrl-Z = undo? Perfect. On the Mac, it’s Alt-Z, sorry, Command-Z. That’s a “stop and think” action for me. An exception. (Oh, I discovered the key their menus show with the universal symbol for a Power Button is actually the Escape key *SMACK*)

With so many people I have respect for begrudgingly taking to the Mac, I feel more comfortable with my own increasing attachment to Mac OS X.

So why didn’t I buy one? Because I’ve only just got done paying for my Dual Core 3.0Ghz, 4Gb RAM, 1Tb disk, 24in Samsung Monitor PC setup. I don’t need a new PC, I just want Mac OS X on it. And the closest iMac costs a lot more than I just paid for this box for less power. The closest Mac Pro doesn’t have quite the same pazazz, costs a bit more than I just paid for this box, and, well, it wants me to buy an Apple monitor which slams up the price again.

Besides, my desk isn’t big enough for two 24in monitors and if I buy a Mac, I either want a laptop or an iMac. The laptops are pricey. Sorry, but until I’m ready to buy a new rig, I just want OS X. I might go for a Mac Mini although I’m more inclined to consider the Mac Mini Colocation Service as a new home for kfs.org…

I’m also using this monitor as my Xbox display… I can’t plug an Xbox into an iMac or a Mac monitor, so I’d be losing functionality.

No, as strong as I now find the urge to get a Mac is, unless I get a raise or get some high paying contract work on the side, I think I’ll just have to wait until either Apple sell OS X for PCs (hmm, do they have a developer version?) or until it’s time to upgrade my rig again :(

For those wondering … that’s Bloo in the picture, not me :) We saw that sign walking back from the new Indian restaurant Doc discovered just up the road from the office.

Well I would love to just get Mac OSX as well but its not going to happen unless you do some hacking.. I am working on clearing my credit cards like your paying off your computer.. Once they are clear then I will be getting a Mac.. Hopefully by November.. Will be an early christmas present for myself :)

Ah the joys of the Mac cult … wait long enough and everyone joins us. BTW the command key standard from Apple goes back to the Lisa in 1982. If you go to Preferences:Keyboard&Mouse:Keyboard then Modifiers you can switch them all around if you like.

My friend just went out and bought an iMac. He got the one with the ATI card thinking it was the most powerful. We argued for about 5 minutes until I showed him the apple store and a benchmark, he then packed up the iMac and returned it for the 8800 model. He was a PC guy before this, but he is learning OSX fast and very happy with it. He is using bootcamp to run some games too.

FWI, I have an old PM G5. I had a 20inch cinema, but I bought a 25.5inch samsung (probably the same as you) so I could hook up my computer and my Xbox at the same time. Works great. There is no reason why you couldn’t use the monitor you have with a Mac pro.

Well, actually, a large portion of what makes the Apple display so much nicer is that they put a nice layer of tinted glass over the display (if you order the Mac Book Pro you’ll see an option for it). It makes the display a little heavier. It’s what gives the display that glossy vibrant look.

You’re right, though, the Samsung does have terrible viewing angles.

Oh I hate glossy screens with a passion. I will never buy one no matter how “good” it looks. Any time there is a dark moment in any game or movie all you see is the room.

My 20inch cinema wasn’t glossy but it looked good. No matter what angle the colour doesn’t change, though it gets a little darker. The glossy screen thing is new for apple. Started with the first intel macbook pros and iMacs I think.

I haven’t noticed that issue with the iMac glossy screens and I’ve watched a few movies on it – but then I’m a coder so the room is usually fairly dark :)